Difference between revisions of "Kiosk mode"

The Jmol application can be run in "kiosk mode", useful for dedicated displays (e.g. in public places) where hiding the remaining of the computer screen, menus, windows etc. is desirable. The display will normally be driven by a prepared script, but the pop-up menu is still available by default. 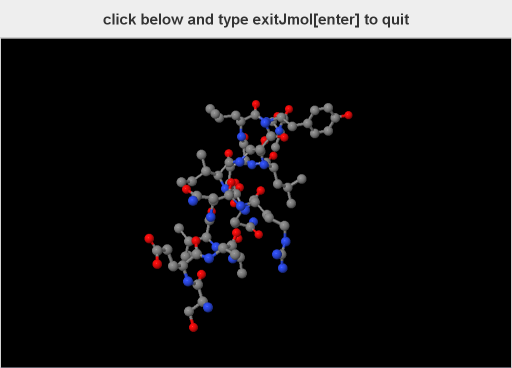 While the focus is on the Jmol panel, typing exitjmol (which is not echoed to screen) and pressing the Enter key will exit the application.